As I mentioned in my latest article titled ‘The Evolution of YouTube’, YouTube metamorphosised into something none predicted – reaching unprecedented heights and transcending the Internet.

Like YouTube transformed the entertainment industry, it has also began changing the job market; perhaps the most attractive and desired job venture in the world being YouTube.

Let’s look at 5 people perhaps set for life by way of the phenomena that is YouTube. (Music artists are excluded from this list). 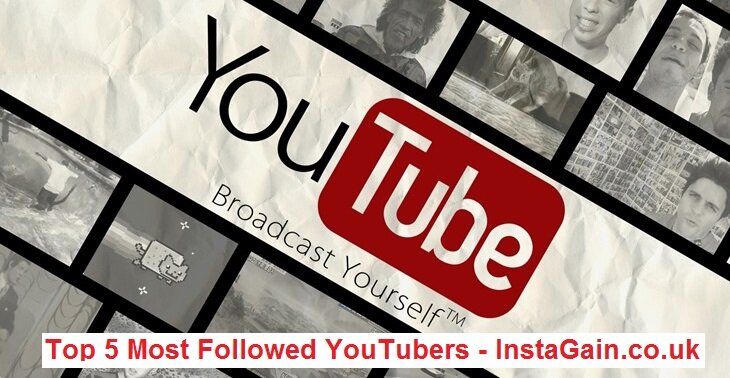 Hailing from Hilo, Hawaii, Higa embarked on his YouTube journey in the summer of 2006, at the tender age of 16.

His comedy skits were highly acclaimed from the offset, praised for their originality.

He now still produces this brand of videos – and although this may be less frequently – his fan base’s loyalty and support he gains from them is undeniable.

A pioneer of sorts for female ‘YouTubing’, she started her escapade in 2010.

Her first video, ‘How to Trick People into Thinking You’re Good Looking’, garnered over 5.3 million views in its first week. Its view count has since reached nearly 61 million views!

Miles ahead of the previous two YouTubers in terms of subcribers, Smosh are third on this list.

Their path to stardom began in 2002, when Padilla built his website, smosh.com, providing a flash animation service.

Several years later, Hecox got together with Padilla and decided to join the venture. Childhood friends, ‘Smosh’ say they ‘always had a knack for comedy’.

In 2005, they began to take this vision to the next level; creating short comedy clips and uploading them to YouTube.

They shortly found success – loved by many for their seemingly innate sense of humour.

The duo’s most popular video, “Pokémon Theme Music Video”, was viewed 24.7 million times before it was removed.

The only non-American in this top 5 list, Garmendia has done incredibly well to reach this far, the language barrier not holding him back one bit.

By myself not knowing Chileno, I sadly cannot describe him and his videos to you.

If you want to know more about HolaSoyGerman, I suggest you take up Chileno!

The uncrowned ‘Face of YouTube’, his popularity is unmatched.

He is not only the Face of YouTube by video means, he is the face of the YouTube lifestyle.

Many aspire to be like him; an everyman who happens to make videos, and have a fan base and pocket as large as a celebrity.

The impact Felix has had on YouTube in general has been immense; the rise of PewDiePie has lead to a surge in gaming popularity – a chain reaction of sorts.

With over 30 million subscribers, PewDiePie sits atop ‘the YouTube mountain’. For now.

InstaGain helps you grow your audience on Instagram, by providing free regular tips and strategies proven to increase your following.

Grow your Instagram profile with targeted followers who show an interest in what you have to say and post.

See an increase in engagement, with users regularly interacting on your posts such as liking, commenting and even visiting any website links.

Whether you’re a business, individual or an influencer we can help grow your Instagram account to over 100,000+ followers.

Iconic One Theme | Powered by Wordpress