But today Instagram is celebrating a community of 400 million users, which is a huge milestone for Instagram.

Amongst those users, over a quarter are following the Instagram profile as it hits 100 million followers! 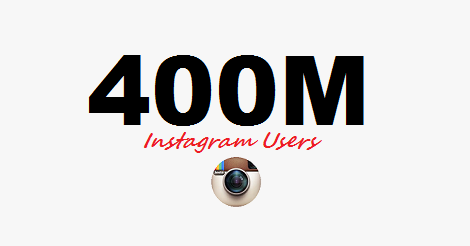 Since Instagram first started back in October 2010 it has undergone several changes, including a new owner, Facebook. The photo sharing app was bought by Facebook for $1 Billion in 2012.

It has enhanced it’s features to include new Instagram filters, introduced advertisements on users Instagram feeds and many other features including the ability to post videos ranging from 3 to 15 seconds long.

The soaring number of users which has taken Instagram from 300 to 400 million active users, has mainly come from countries such as Japan and Brazil.

Amongst the latest 100 million users to join Instagram is the famous David Beckham, who has already amassed over 12 million Instagram followers on his profile.

InstaGain helps you grow your audience on Instagram, by providing free regular tips and strategies proven to increase your following.

Grow your Instagram profile with targeted followers who show an interest in what you have to say and post.

See an increase in engagement, with users regularly interacting on your posts such as liking, commenting and even visiting any website links.

Whether you’re a business, individual or an influencer we can help grow your Instagram account to over 100,000+ followers.

Iconic One Theme | Powered by Wordpress